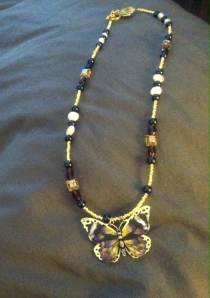 Her wings took up a lot of space in the room.

“I can’t believe I listened to her. ‘The costume theme is Fantasy Garden.’ That’s what she said.”  Persie glared at Brooke and hoped her one-time friend sensed the anger from across the room.

Persie should’ve known better than to trust Brooke, but she’d been sincere in mending their torn friendship.  They’d been friends too long not to try to repair the damage caused by stubbornness and pride.  Apparently, that pledge was only one-sided.

“What are you supposed to be?”

She rolled her eyes and plastered an insincere smile on her face.  “Clearly I got the wrong memo.”

Hank walked away laughing, and Persie fought against the fury boiling within.  She didn’t listen to her gut instincts when Brooke came to see her yesterday, pleading for a fresh start and imploring her to come to the Halloween party.  Persie was uncertain if she should go, but after thinking about all the years past, she decided to give it a shot.

The pity in Felicia’s voice held a hint of laughter too, but Persie knew that her long-time friend was more concerned than amused.  It was a particularly ridiculous situation, to be standing in a room full of flappers and “mobsters”.  She’d considered staying in her car and driving right back home; however, she’d seen Paul enter the pillared entrance and her pride drove her to park that car.

Unless her imagination played a trick on her, which it tended to do in stressful situations, Paul had to be here somewhere.  Thankfully, he’s not currently witnessing her embarrassment.

“Stupid, right?”  Persie shook her head out of annoyance and smiled at Felicia.

“Don’t be too harsh on yourself, that’s my job!”  Leave it to this model-esque femme fatale to break the tension and make Persie  laugh.  “Brooke is an…”

“Shh! This room is full of eavesdropping gossips.”

“Fine,” her friend acquiesced, “but if she so much as says your name wrong, I’m entitled to drop kick her.  Just so you know.”

Felicia winked and Persie knew her loyal confidante was only half-joking.

“Technically, you owe me a couple, but fix me up with that lawyer you work with and I’ll wipe the slate clean.”

“Who’s getting fixed up?”

Her heart fell to her feet, and Persie felt the fluttering in her stomach.  She waited a moment, sensing him behind her.

“I’m fixing Persilla up with a cousin of mine – a handsome doctor.”

“I thought I heard you say ‘lawyer’.”

“He’s both.  What do you think? Wouldn’t Persie make a stunning doctor’s wife?”

Persie guessed her cheeks were as pink as the heels on her feet, and she didn’t turn to face her ex-fiancé quite yet.

She spun around, smacking him with one of her wings and followed it up with one across his cheek.

I love feedback! SPAM comments, not so much. Cancel reply